Cannonball 550: a gravel bikepacking route that starts and ends in Emporia, KS.

Andrew and I decided to do the Cannonball 550 because we were looking for our next challenging ride- This one was near home and didn’t require burning too many precious vacation days. There were 22 riders at the start line. Most of us from Kansas, but a few from out of state. 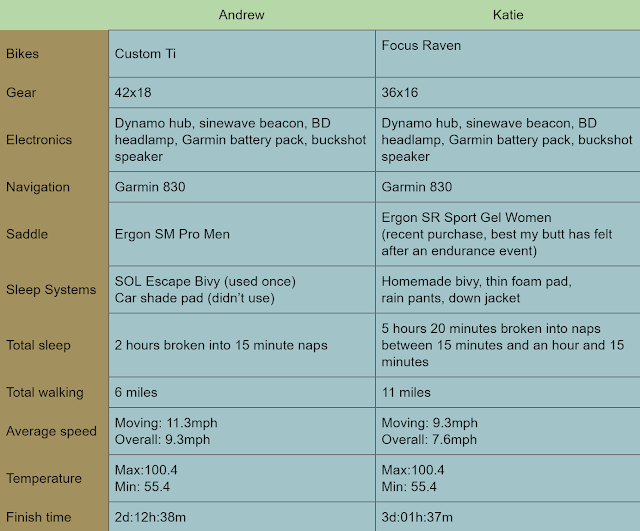 On a typical Kansas morning, the wind starts out pretty mild in the morning and becomes more intense in the afternoon. That was not the case on the Friday morning we toed the line. Winds were already 20mph and would build over the day.

Andrew and I arrived at the start line just seconds before the group rolled out. I hung with a small group for only 7 miles- with the guys at the front crushing the hills I had to make a decision about whether to really push myself to hang on or to ride more conservatively by myself in the wind. I’ve been in this situation many times and I’ve often regretted pushing too hard in the beginning. I took the conservative approach even though it meant facing the wind alone. On the way to the Cassoday Store, a few different guys caught me. One was Nick Legan who was also riding single speed. We discussed how the wind isn’t so bad when you’re single speed- it makes things more even between us and the geared riders. Nick added, “until we turn around.” I made the prediction that by the time we turned back north the wind would die down. Mother nature took this a step further and by the time I got to Newton and we had a headwind going north too. About 20 miles north of Newton, I was riding on a fast and smooth dirt road when a torrential downpour with quarter size hail hit. The dirt immediately turned to mud. Riders who saw my tracks tried to figure out how it went from no tracks to sudden deep footprints. Between Newton and Lindsborg I walked about 11 miles. I did my best to carry my bike on my back and when I eventually got too tired, I wheelbarrowed it holding the chainstay on one side and letting the front wheel roll and accumulate mud. That night I took two 15 minute naps when I felt myself dragging. I had rain most of the day Saturday. I couldn’t complain though. The temperature was comfortable to wear rain gear which was a bonus after the hot afternoon we had on Friday. There were a few shorter walking sections but nothing like the night before. I arrived in Junction City by dark where a charter bus of the St. Mary’s cross country team pulled into the gas station. I raced inside to grab my snacks before the 20 college kids got in line. On the menu: red bull and corn dogs. So delicious, so gross to think about now. 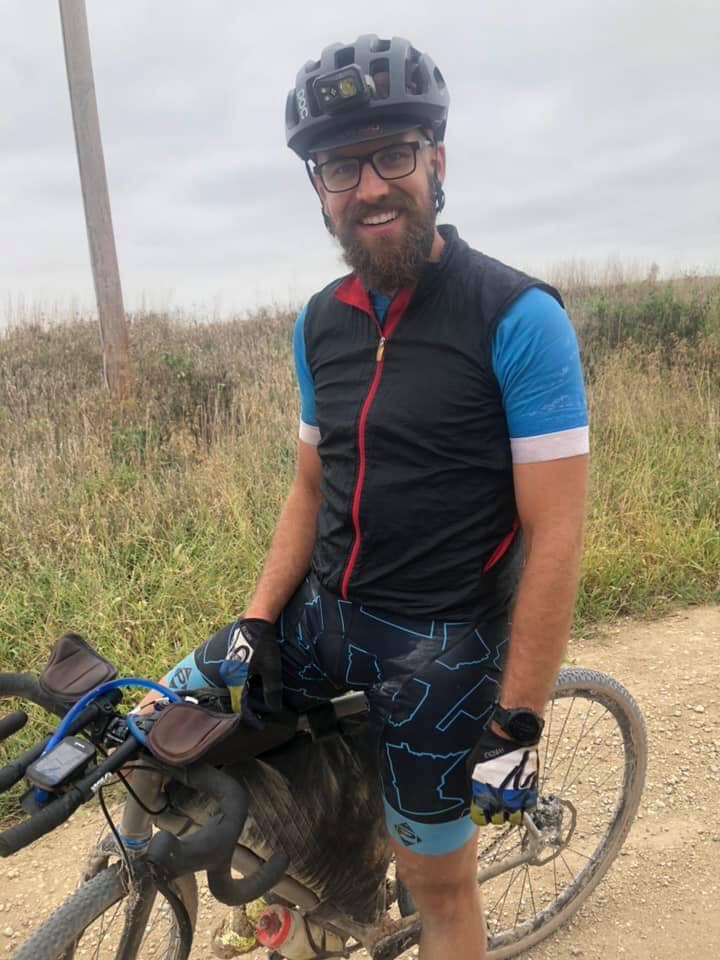 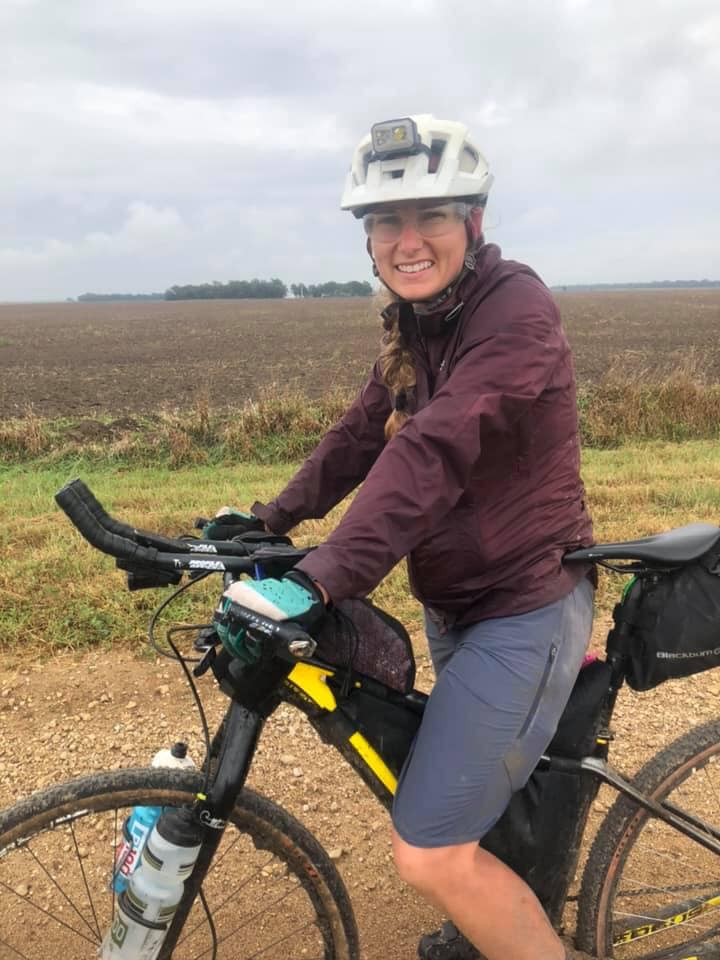 I was excited to ride the section between Junction City and Alma at night since I’d only ever ridden that area during the day. After I left Junction City, it got super foggy and I had to run my light on low so it didn’t reflect right back into my eyes. At about 11:15 I decided to call it a night and hope the visibility was better in a couple of hours. I found a spot tucked into some trees in a valley in the middle of nowhere. There were no lights or dogs or cows so I figured it was as good a spot as any. I set a 2 hour timer but woke up with achy knees after an hour. I tried to find a comfortable position but when I moved, the insides of both of my legs cramped up. After about 15 minutes of that, I opted to keep moving. I wasn’t getting quality rest and I had time to sleep later.

Eventually, distant lightning brought a downpour and I frantically put my rain clothes on to stay dry. It was hard to tell where the storm was coming from in the dark when the lightning lit up the whole sky. I tried to check the radar but had no cell phone service. My best prediction was that the storm was a bit east of me and moving northwest. The lightning provided quick snapshots of the landscape and it wasn’t an ideal place to be in a storm. My immediate path was south and west and I thought I could get around the worst of it. Fortunately I was right and I avoided what could have been a scary situation in the exposed Flint Hills.

Sunday’s story was similar to Friday. Plenty of wind and sun. I was excited for Andrew who would finish today. He arrived in Emporia at 7:38pm after riding out front during the whole race. 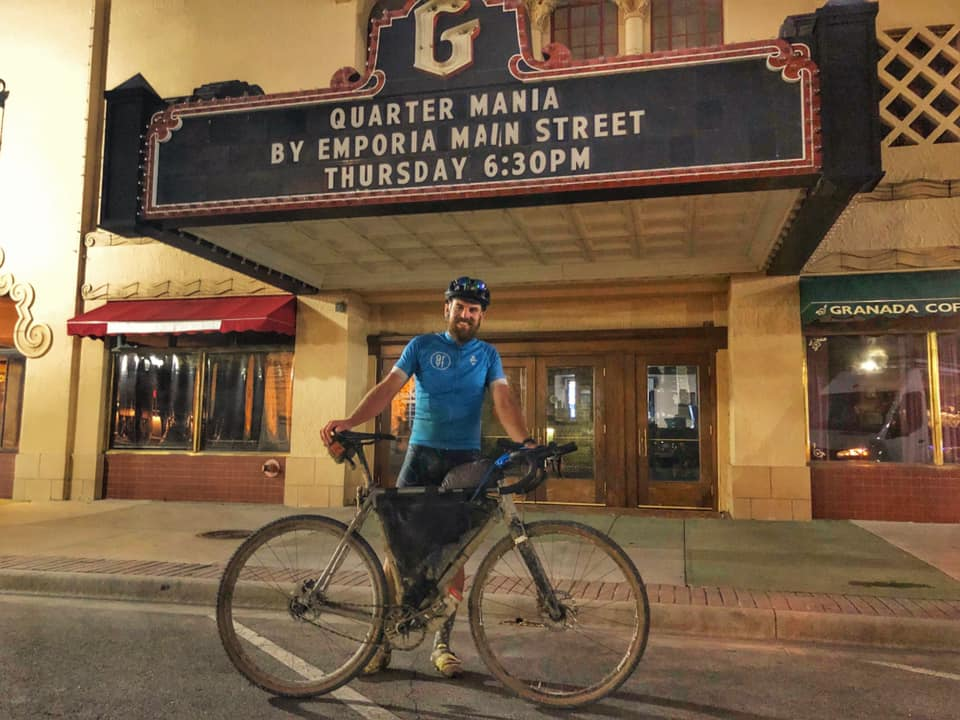 I went through the Clinton Wildlife Area just before sunset. That was one of my favorite parts of the route. Winding roads and hills in the trees was a nice change of pace. I’d been dodging frogs all weekend but I just about ran over a copperhead right in the middle of the wheel track on the road. For the next few hours, I was so tired but there wasn’t a good place to camp until Pamona lake. I set an alarm for an hour but my achy knees woke me up again after 45 minutes. I got my stuff together and by the time I got back out to the road, I could see Dallas’ light in the distance. He caught me not long after that. Having the company at night was really helpful. Eventually I hit a wall and needed another nap. This time I just laid down on the side of the road for 20 minutes. I got up but was still dragging and couldn’t keep my eyes open. I took another ditch nap thinking I set an alarm for an hour but it didn’t go off (or maybe it did, who knows). I woke up after an hour and 15 minutes and reluctantly got back on the bike to finish the last 30 miles of the ride. My phone was dead which was a good thing because I honestly think I would have called Andrew to come get me at that point. I was that worn out and mentally drained that I was prepared to quit with 30 miles to go. My mind perked up when the sun came up and I finally made it back to the Granada at 8:30am on Monday to see Andrew, my parents, and Matt- the madman who thought up this whole thing. After a shower and some brunch I took a serious nap. I don’t think I’ve ever been so disconnected from my conscious and I’m pretty sure that’s what it feels like to be dead. We spent some time in Emporia and waited for Luke to roll in. I kept watching Chelsey’s dot and she made it back to Emporia on Tuesday at 3am. I got to talk with her later and she pointed out that we made the women’s finisher rate 100% 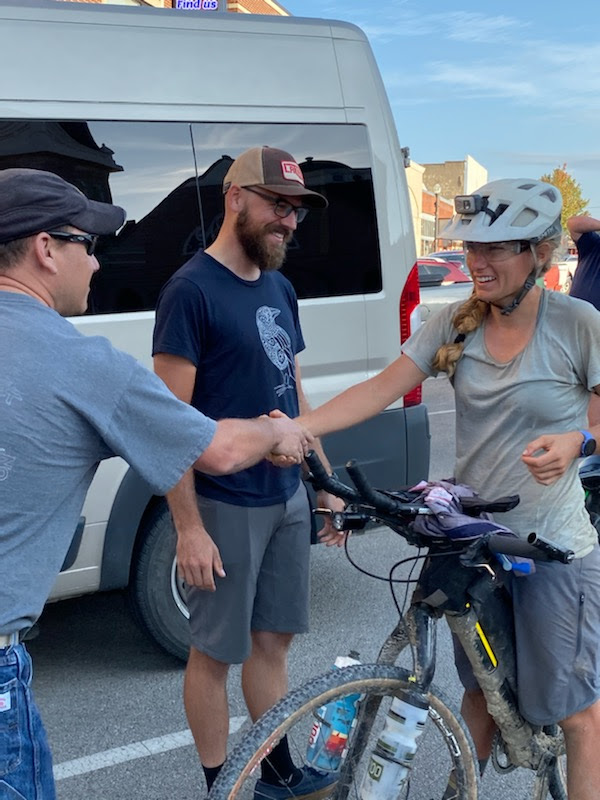 Thanks to all who encouraged us while we were out there!
previousColorado Trail Race: Andrew’s Success and Katie’s Attempt
nextOuachita Triple Crown Loop