We were glad we were indoors when we woke up to heavy rain in the morning. There were 12 other Tour Divide riders staying at the lodge last night too. They have a great setup for cyclists and served us breakfast and sandwiches to go. We sat at the breakfast table with another group of cyclists with the false hope that the rain would stop. Instead it turned to sleet. After our third cup of coffee, we decided it was time to layer up and go. 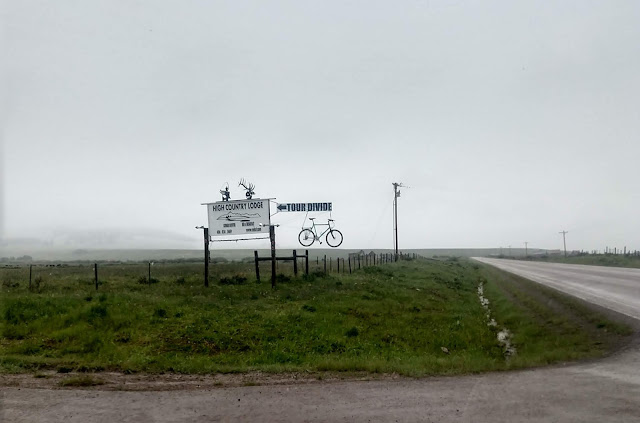 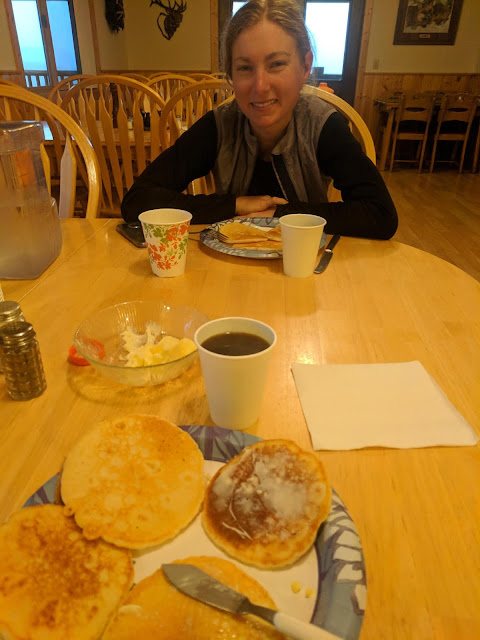 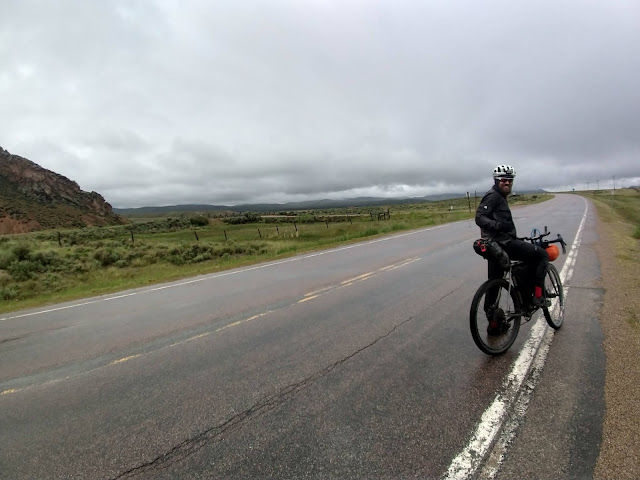 The first 14 miles went by fast, then we made a turn onto Bannack Road. We’d been told it can be muddy in the rain. It was ridable at first, but as the sun came out and the wind picked up, the sloppy mud turned to peanut butter. It was really a bummer because that section would be so fast in dry weather. As to not rip off a derailleur, we scraped off the mud and started walking. Occasionally we spotted a cattle trail alongside the road that was dry enough to ride. We had company as we trudged through the mud. A group of 4 from England (including the man who went careening down the hill yesterday) went the same pace as us. It felt good to ride again after about an hour and a half of on and off walking. 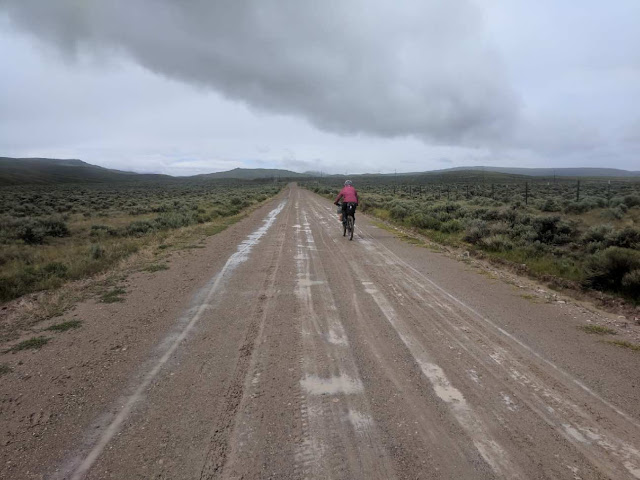 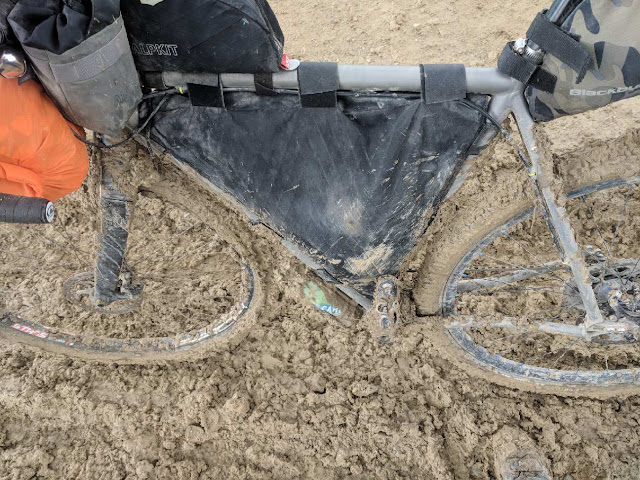 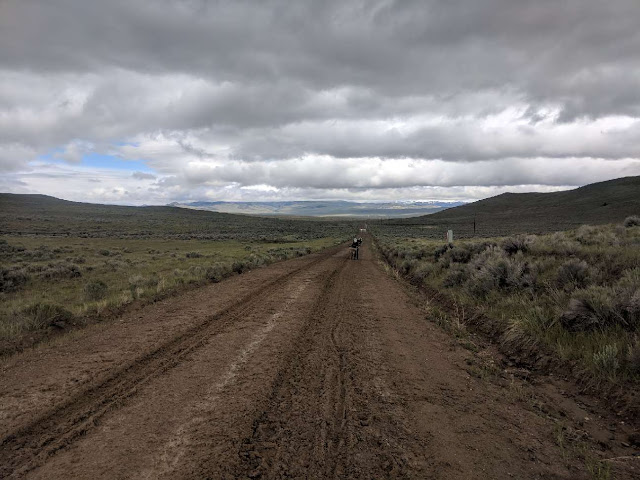 We heard the next section was “like something out of a nightmare” with the mud. Andrew and I agreed that detouring around hours long hike-a-bike sections would help us maintain our sanity and have fun on our trip, so we detoured into Lima, MT. I was majorly bonking and we both had tired legs when the sky opened up and we got dumped on. The good part of that rain storm was that the wind blew us almost all the way to our destination. When we got to a cafe, we asked ourselves, “will we have fun if we keep riding?” The answer today was no. We decided to get a hotel room in Lima tonight. We’ve been pedaling until at least 9pm everyday, so we’re actually going to get a good night’s sleep tonight and take a much needed shower. Tomorrow we’ll be ready to take on a longer day.