Some days it’s hard to get out of your warm sleeping bag. Today was one of those days. I’ve typically started riding with shorts, rain pants, long sleeve shirt, vest, and rain jacket. We were pretty chilly starting out and I thought I’d warm up. After a couple miles, we realized it was quite a bit colder and we needed more layers. I put my down jacket on under my rain jacket and riding was much more pleasant. In about an hour, the sun came out and we were shedding our layers again. A steep singletrack section dropped us into Butte, MT where we had our usual breakfast and convenience store stop. Climb #1 was gradual compared to what we’re used to now. Around 2pm I started getting really sleepy. Andrew was ready for a break as well. I laid down on the side of the road and closed my eyes. I woke up a new woman ready to ride again, which was good because we had Fleecer Ridge up next. 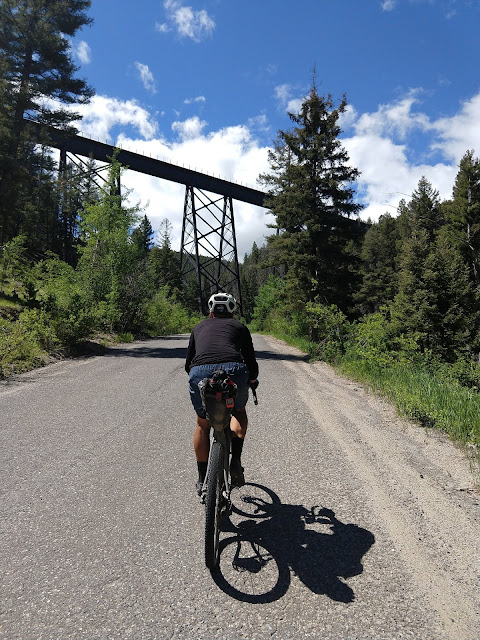 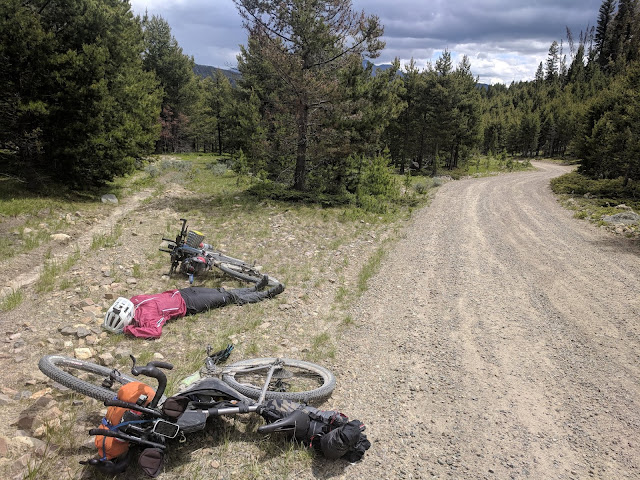 Depending on who you ask, Fleecer Ridge has either a hike-a-bike or a really challenging steep climb at the top. Andrew took off like a madman and if he was going to ride it, I was too. We made it to the top where there were wildflowers and an awesome view of the mountains. 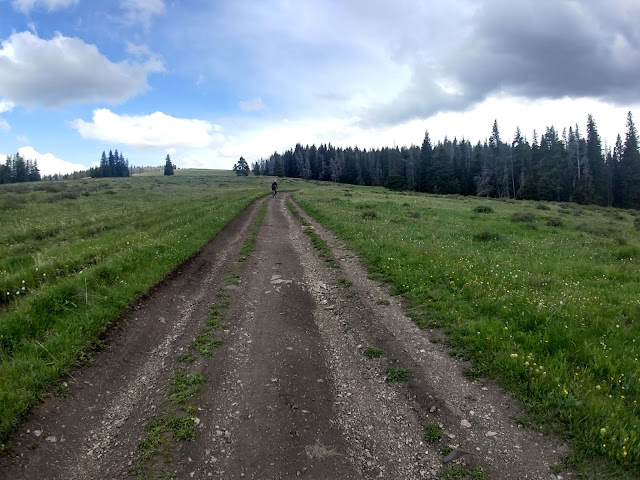 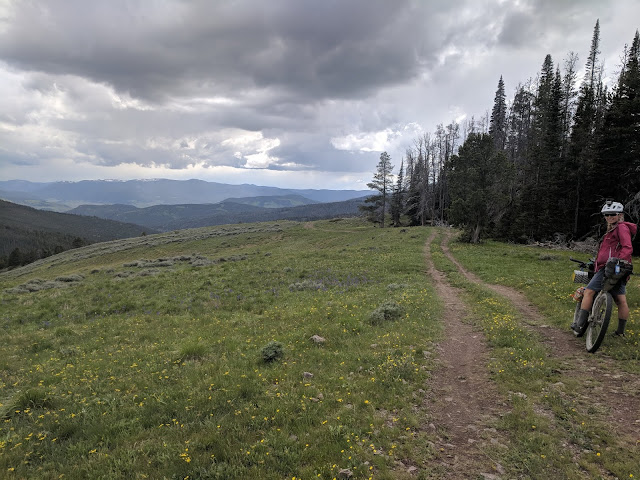 The descent was even steeper than the side we went up. We gave it a shot, but it was clear we’d be out of control as the grade became steeper. We hiked our bikes down, but a man behind us decided to ride. He was skidding his rear wheel all the way down the hill. When we got to the bottom, he said he was totally out of control and he couldn’t slow down or bail so he rode it out. A few other riders crested the hill and walked down as well. 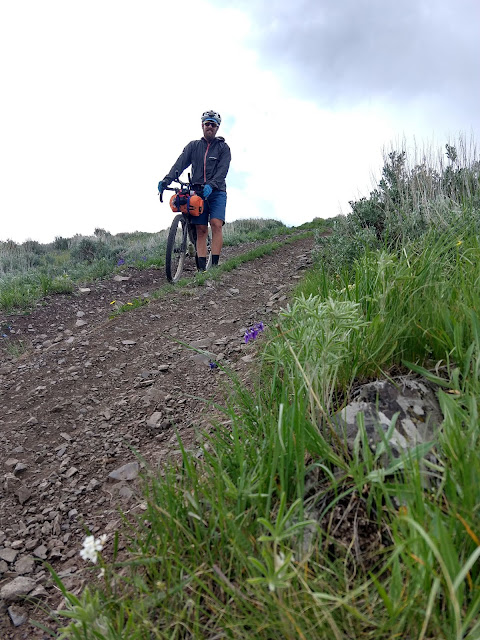 Our next dinner and convenience store stop was in Wise River. It started raining just as we arrived. We ordered a sit down meal and a meal to go for later. The sky was still dark, but we wanted to get more miles in so we set out in our rain gear and rode 35 more miles to High Country Lodge. They were out of rooms when we got there but the owner was kind enough to let us stay in his “man cave.” We’ll have a dry, heated place to sleep and breakfast covered in the morning.