After a cold and restless night of sleep, we woke up to dreary but dry weather. We were halfway down Whitefish Pass so we bundled up to start off the day down the rest of the descent before Red Meadow Pass. Based on reports from the riders ahead, we were expecting to push our bikes through snow at the top of today’s pass. The climb was steady and gradual and we talked about nothing to hopefully keep the bears away. As we climbed, we anticipated the snow around any corner. When we got to the snow, there were footprints and wheeltracks to follow. We were glad we weren’t the first ones through there. 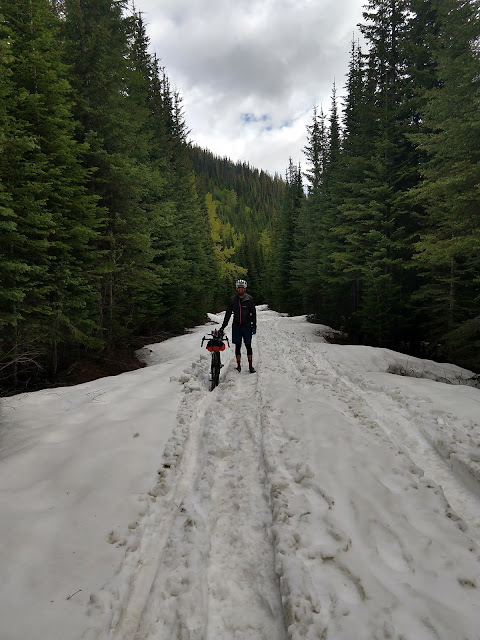 Close to the top, we stopped and had a snack at Red Meadow Lake. We had the bagles and pumpkin spice-chocolate-peanutbutter I bought yesterday despite Andrew’s skepticism. He was right. It wasn’t very good. 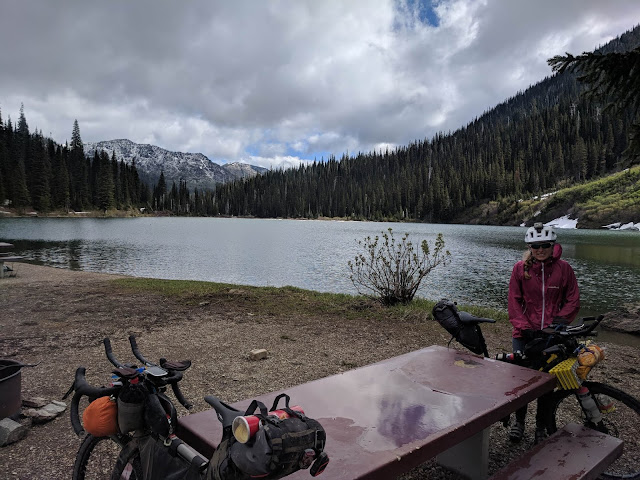 After our snack, we kept trudging through the snow with frozen toes. Once we crested the top and got low enough that the snow melted, we cruised all the way down to Whitefish, MT. Andrew’s bottom bracket started making a racket before we rolled into town, so we took it to Glacier Cyclery and they cleaned it up while we had lunch. They made the quick service seem like no big deal and they were well prepared for the Tour Divide riders stopping in. When we finally left Whitefish, we had a pretty flat ride on pavement and gravel for 40 miles into Ferndale. We had a tailwind and mostly blue skies. We did stop under the porch of an old one room schoolhouse while it poured for a couple of minutes. 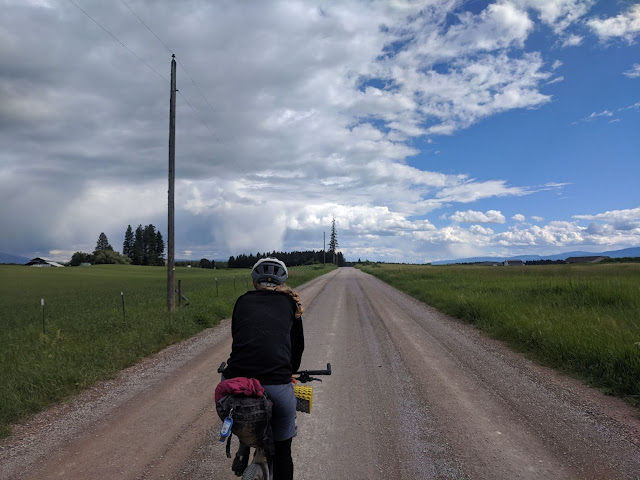 We rode to the convenience store and bought our dinner and snacks for tomorrow. As we ate we discussed our options for the evening. The mechanic at the bike shop told us they’re expecting record lows tonight. In order to get a good night’s sleep, we decided to stay at a B&B in Ferndale. The woman who runs the B&B named the deer that frequent her yard. We got a picture of them really close to the house. We’re thankful for a shower, laundry, and a roof this evening. 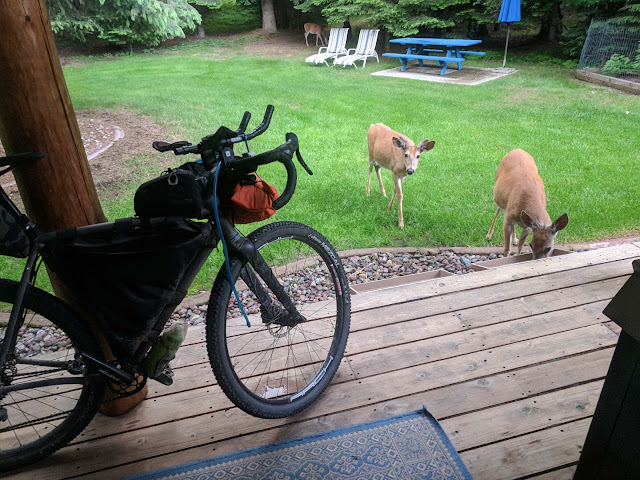