We actually got up at the sound of the alarm this morning. We were motivated to get to Abiquiu for breakfast. Del Norte, 200 miles ago, was our last real food stop and we’ve been eating what we resupplied with there. We had a 7 mile gravel climb to start then a descent all the way to Abiquiu. We pulled into a cafe at the same time as a northbound touring rider, Sarah. She did the race previously and was back to ride the route at a more leisurely pace. We ate an obsene amount of breakfast and charged some of our electronics. 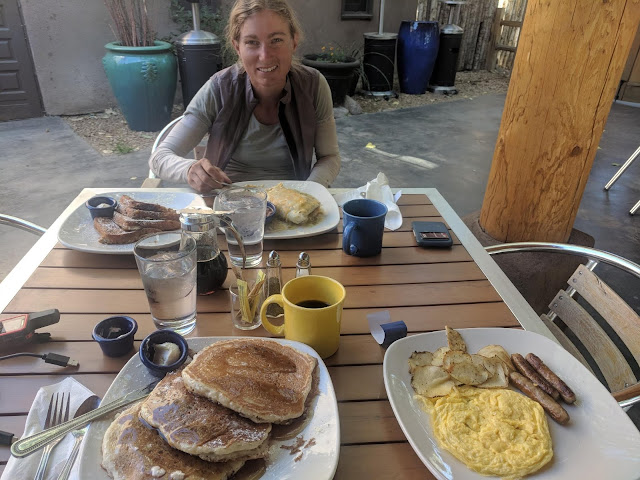 We bought more water bottles to prepare for the heat for the next 60 miles. We went through 4 liters of water each and were glad we talked to some northboubders about how much we really needed to bring. Since the Santa Fe National Forest is closed due to extreme fire danger, we had to take highway 96 to Cuba. It was hilly and we had a stiff headwind. 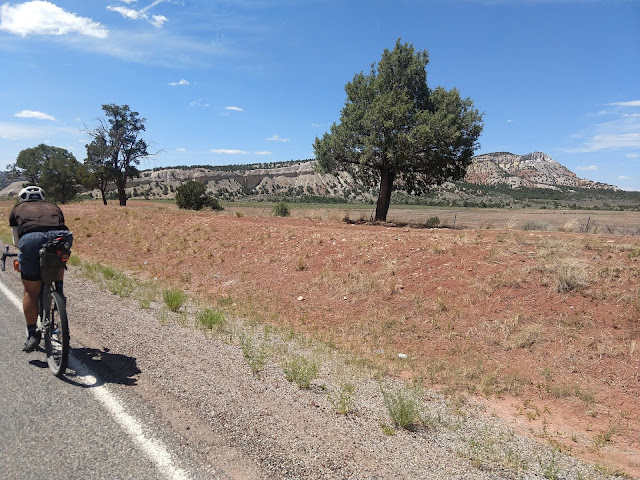 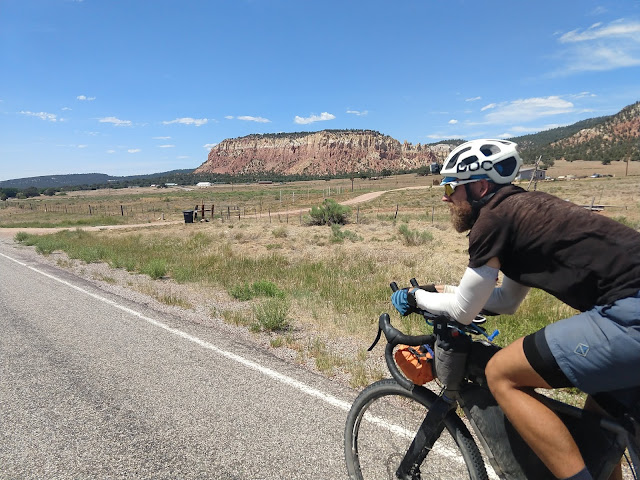 We stopped at the Prescilano’s Cafe for dinner. We both ate fantastic Mexican food, a change from the saloons we’ve been seeing along the route so far. We sat there waiting out the heat and wind. At 7pm, the wind was still blowing strong and the forecast showed it wouldn’t let up until midnight. Some of the guys we’ve seen each day decided to get a motel room in Cuba rather than continue on into the wind. We were torn between carrying on for a potentially slow 50 miles and spending money on yet another motel room. As we stood at a gas station contemplating our options, a man in a green pickup truck drove up and asked if we’re looking for a place to stay. He said he has a CDT hostel half a mile away and we could camp or stay inside. We felt much better about staying at Rebel Roost and getting an early night. We set the alarm for 3am to beat the heat and wind tomorrow. Andrew asked if I was really going to put that on the blog, and I said yes because it’ll hold us to it. 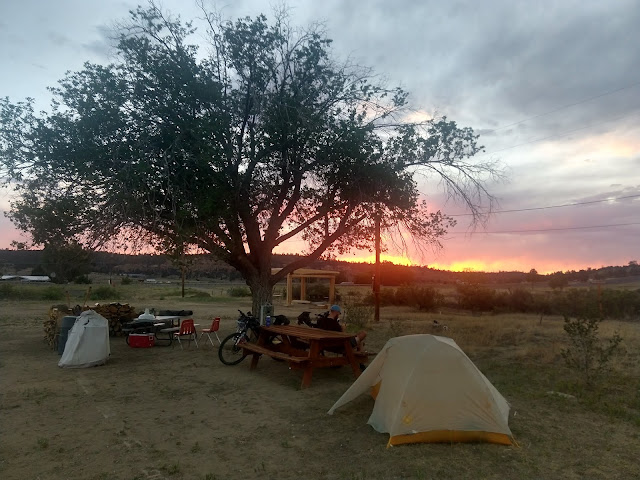