Andrew and I got a slow start this morning. We both woke up groggy and sat by the heater in the trailer long after we finished our breakfast. 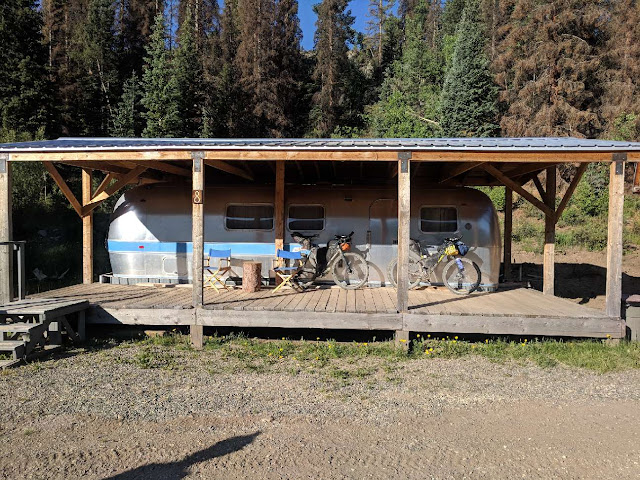 We finally started the peaceful gravel ride along the Cornejo River. 35 miles in, we crossed the border of New Mexico on a fire road into the Carson National Forest. It’s been a while since we’ve had a gnarly fire road climb with a hike a bike section, so I guess we were due. We were discouraged by our slow pace, but enjoyed the rugged road and scenery. 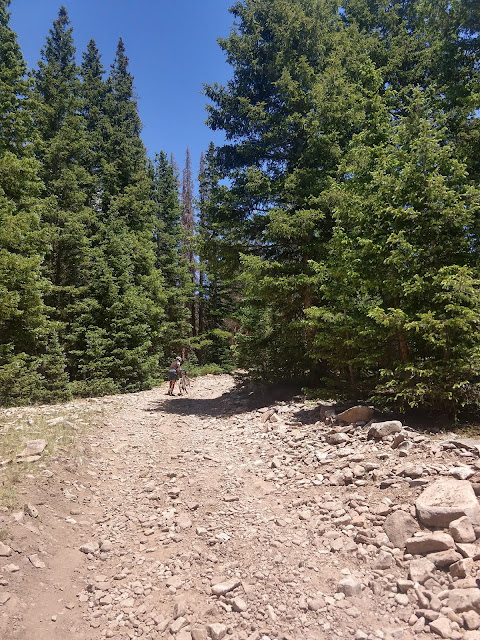 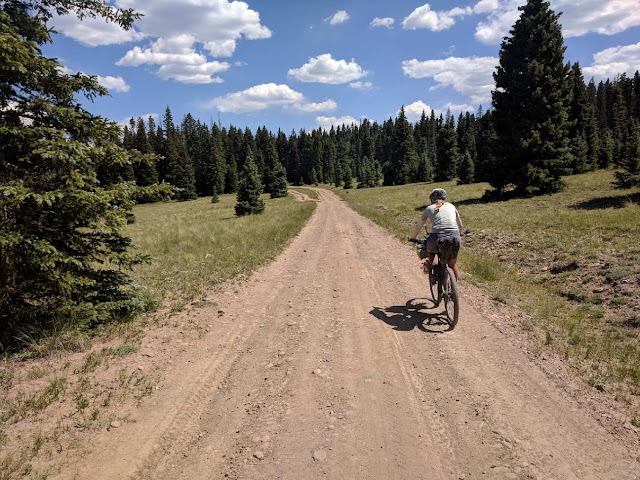 On a descent, I noticed my tire was low. We were hoping to say that we didn’t get any flats, but having our first one in New Mexico isn’t bad. After plugging the tire, we ran into two guys touring the route. We talked about the road ahead and where to find water. We learned that our next opportunity was in 33 miles. We had enough, but not much extra. We ran into Mike and Gary when we stopped to get water. Their plan was to ride until dark and we wanted to make it to El Rito or Abiquiu. Several miles later, we saw Mike and Gary setting up camp, but we were feeling good and decided to continue. Climbing in the dark isn’t bad, but descending in the dark was a little freaky, especially on the outside wheeltrack. 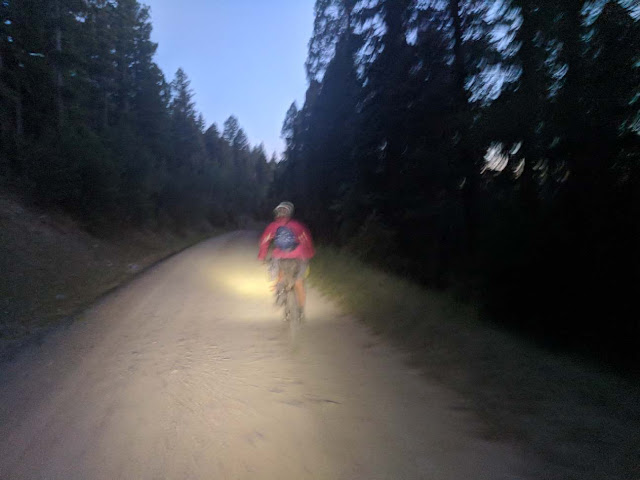 We were descending and about to turn a corner when I saw a pair of eyes on a very large black blob. Some kind of verbal nonsense came out of my mouth and while I didn’t do a good job expressing what it was, Andrew knew I was scared of something and skidded to a stop. Startled, the figure sprinted off. Knowing full well that what I saw was a bear, I said, “maybe it was a cow.” The rest of the way down, Andrew yelled, “hey bear” and we had obnoxiously loud conversations. After the encounter, we decided to cut our ride a little shorter than we intended to finish riding in the woods during daylight hours. We set the alarm for 5am. We’ll see if we can get an earlier start tomorrow. 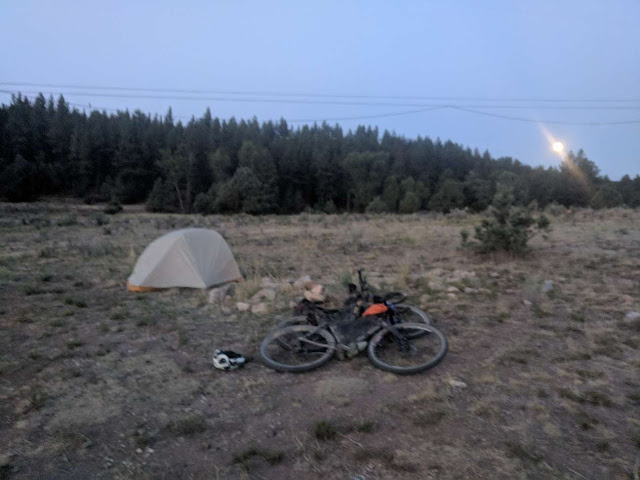