We woke up to rain this morning in Elkford and decided to take Dave’s suggestion to detour around Koko Claims. We rode pavement to Sparwood where we had breakfast and saw a huge mining truck. Dave gave us the tip to use the trailforks app to find a trail to Fernie. We rode single track, double track, and a gravel road most of the way to Fernie, where we met back up with the Tour Divide route. The racers’ bikes were covered in mud and most of them looked like they could use a hug. Since Fernie was our last town for about 100 miles, we stocked up on groceries. On our way out of town, there was a family with 2 young girls with free lemonade. One of the girls dressed in a full rain suit said, “two lemonades, coming right up!” and held an umbrella over our bikes. 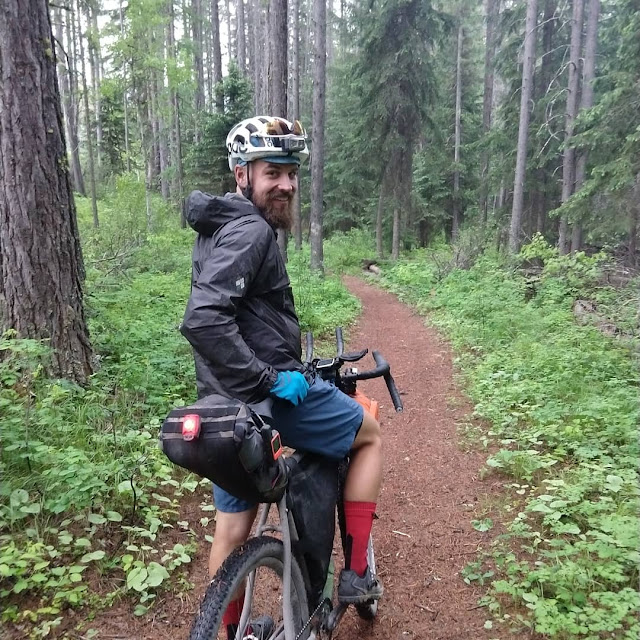 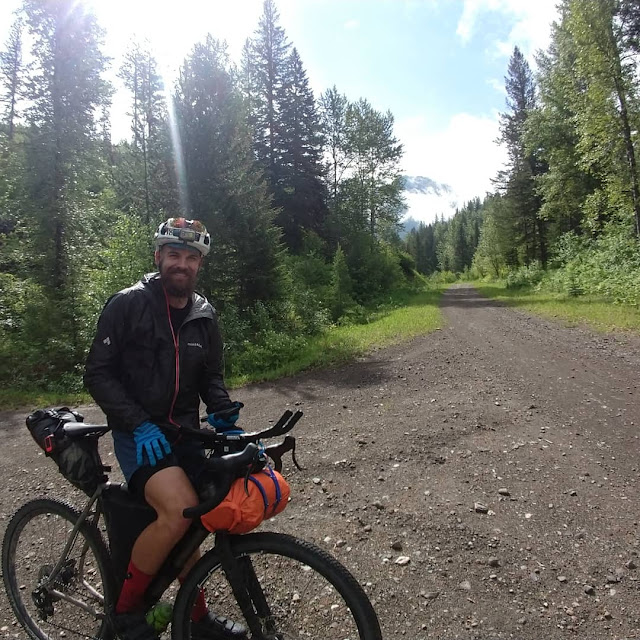 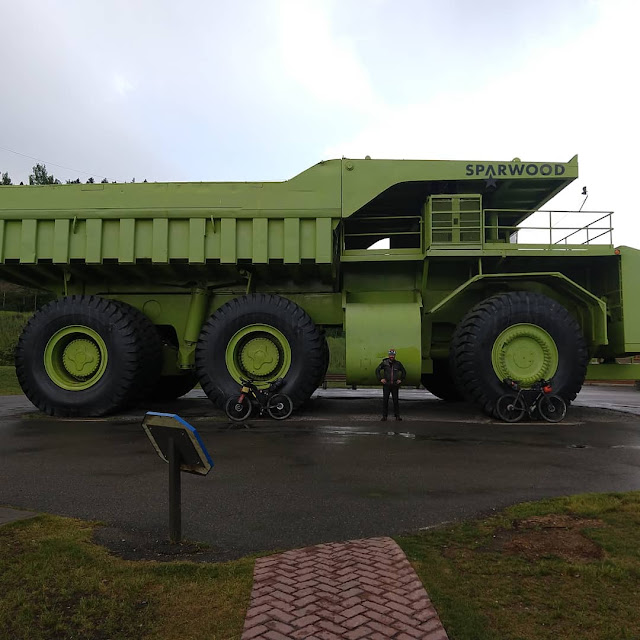 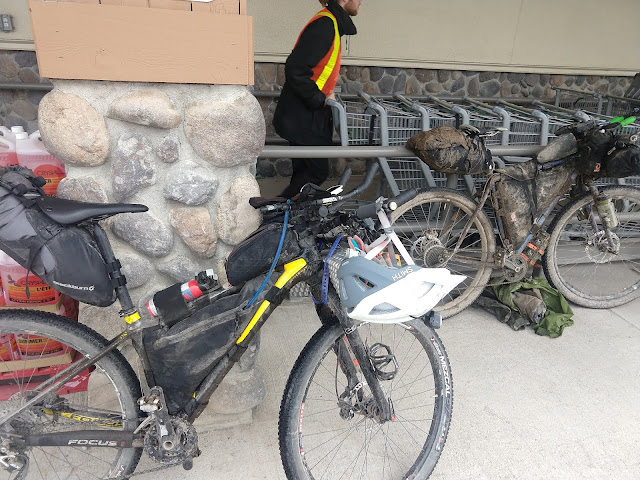 From Fernie we had two passes to climb and descend before the end of the day. We’ve climbed many passes on pavement before, but this was our first unpaved pass. Lodge Pole Pass was fairly steady and it was easy to get into a groove between putting on and removing layers. Around 90 miles, we got to Butt’s cabin where we took a sit and ate Pringles and beef jerky. 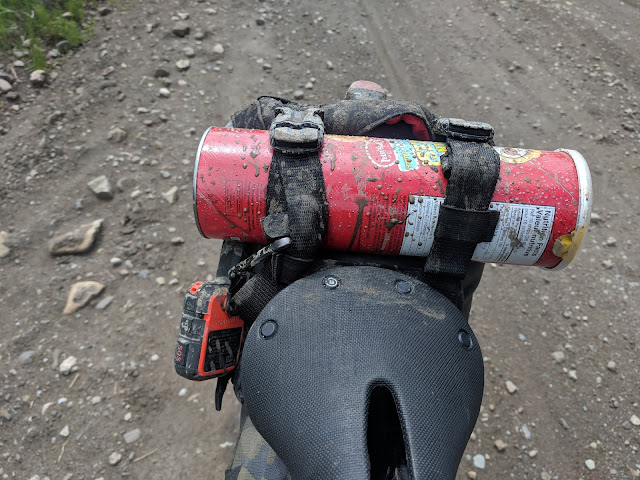 Cabin Pass was a little tougher but we were feeling good after dinner and climbing isn’t so bad when you get to look at the mountains. We descended dodging pot holes and catching glances of the sun going behind the mountain. 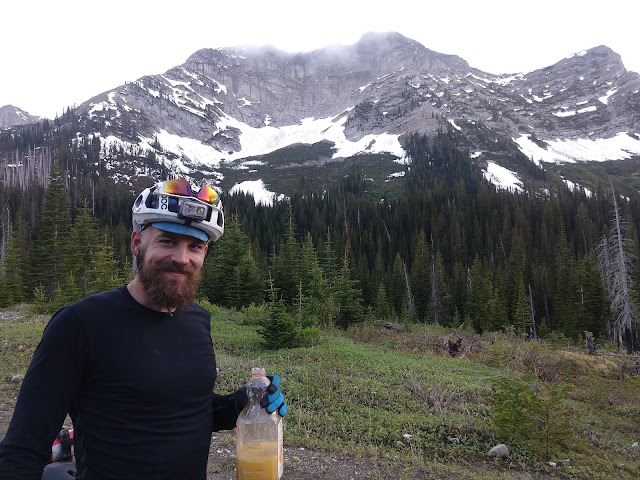 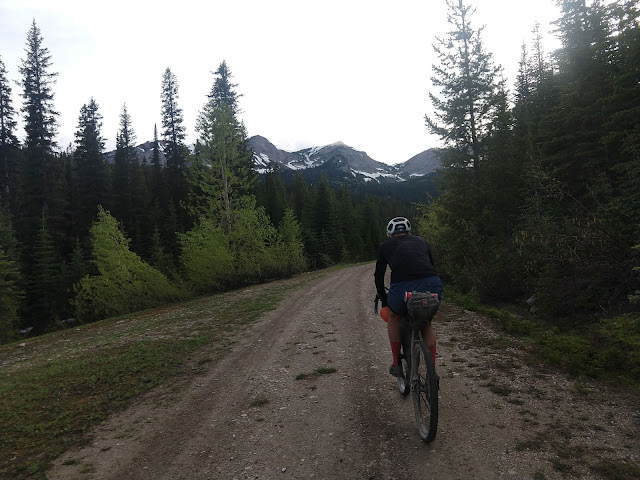 We got to a primitive campground at mile 117 for the day as a man from the Czech Republic was about to set up camp. We went and filtered water from the river and came back to find the rider we saw at the grocery store in Fernie setting up camp as well. He has attempted the race 2 times before. On his last attempt he had a mechanical issue 40 miles from Pie Town that ended his ride. We asked him about his favorite parts of the route and he said he loves his home state, Colorado.
We’re going to sleep expecting more rain tomorrow. The rain isn’t too bad since it isn’t cold and our gear has been great so far.
previousGreat Divide Day 1
nextGreat Divide Day 3