I was wrong about us being the oldest people at the hostel, the 6am crowd was a little different than the 11pm crowd. We went to Cafe Dawn just down the street for breakfast. The barista had done Tour Divide a few years back and gave us a free cookie for the road. Marshall Pass was another classic gradual Colorado climb and we only saw bike and ATV traffic. 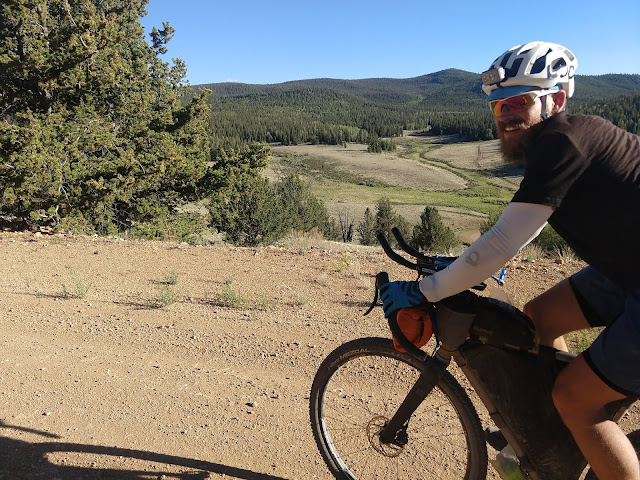 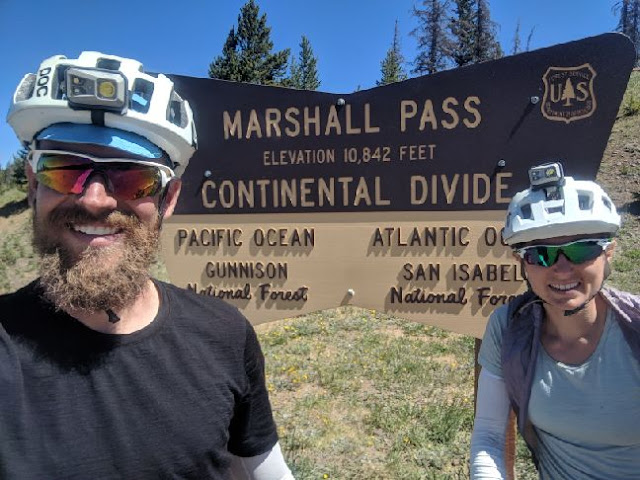 Since we can’t have a tailwind every day, we descended into Sargents against the wind.  We realized that this was the point where we crossed paths with our 2012 coast to coast trip. 6 years ago we ate dinner there, filled up water, and intended to camp at the base of Monarch Pass. We were feeling so good that we decided to stay at the top instead. Here’s the link to our post from that day. 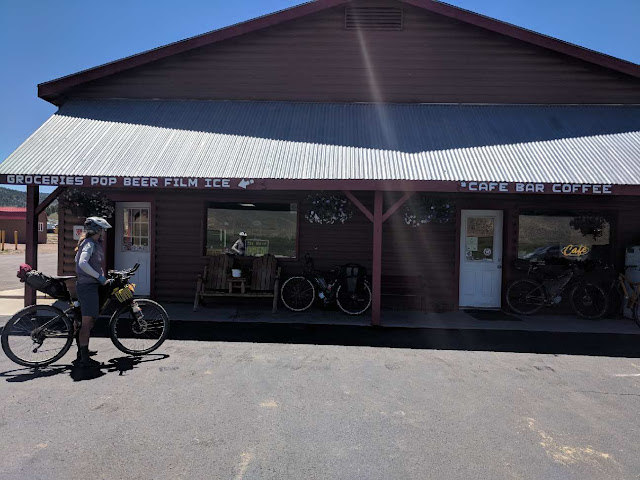 Before we left town, we went to the post office and sent home 3.5 pounds of gear. 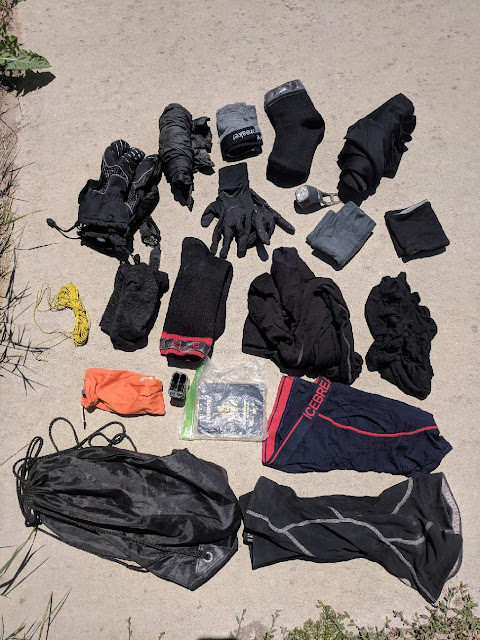 We rode on highway 50 for a while before making it back onto gravel. At the top of the climb, we thought we might be able to refill water at a campground. I asked the people staying there if they knew of any drinking water. They said there isn’t any water at the campground but they have plenty to share. They asked us questions about our bikes and the route. We stayed and talked for a while. We learned that Tom retired to Salida and is a ski instructor and another member of the group lived on a boat for 7 years. They told us we better get along since it was getting late. After thanking the people at the campground, we started our descent. We were trying to ride fast so we could get to our destination before dark. 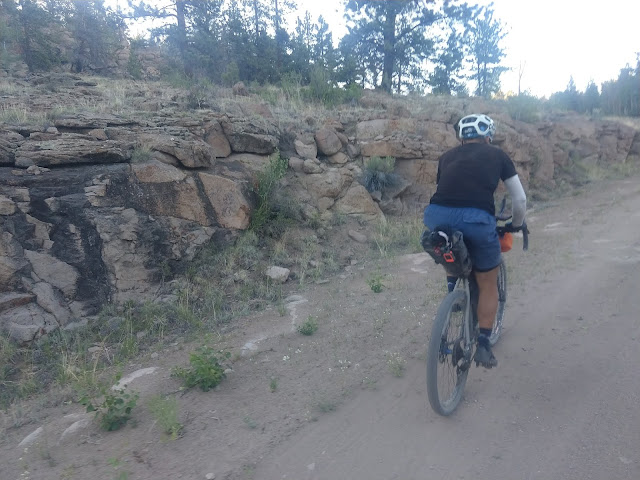 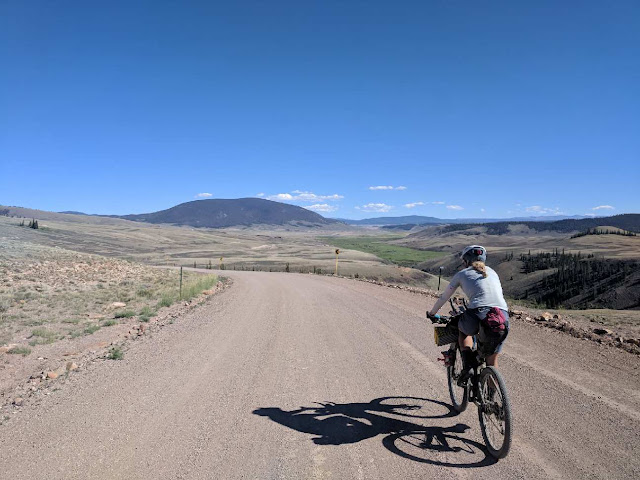 About 15 miles later I noticed my rain jacket was gone. Crap. An irritated Andrew turned around and said, “it’s gotta be on that rough section of the descent. I’ll go get it.” He took off and I couldn’t keep up so I decided to save my energy and let Andrew blow off some steam. I waited on the side of the road on a rock until I realized that the sun would probably be behind the mountain by the time Andrew got back. I started riding toward him since his blinky light quit on him. A couple miles down the road I saw Rob speeding by, he said, “we found it!” and kept on his way. Andrew, now smiling and much less irritated said that Rob found my jacket and told him it was way at the top of that descent. We were both thankful that Rob saw my jacket and picked it up. We continued a few more miles and set up camp on the side of the road in the Rio Grande National Forest. We’ll finish the climb tomorrow with fresher legs. 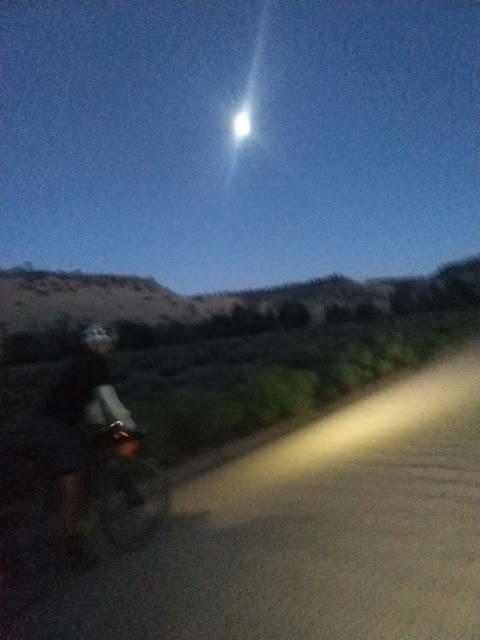