We rode the bike path from Lake Dillon to Breckenridge first thing in the morning. We stopped for breakfast at Blue Moose where they don’t take credit cards, but instead takes cash, check, or trade. I should’ve asked for a suggestion for a trade. 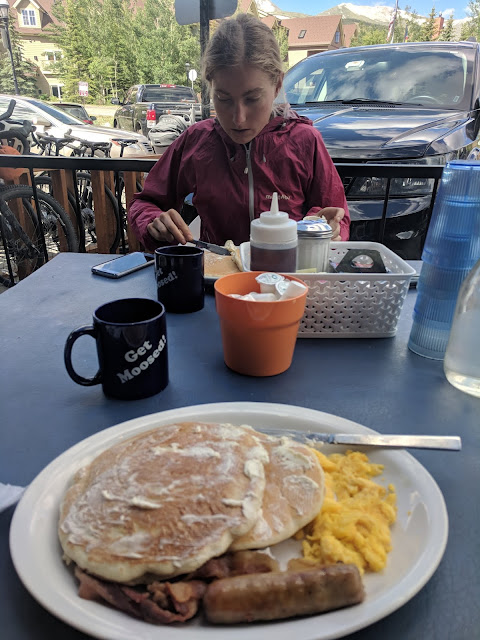 We started up Boreas Pass which was dirt on the way up and singletrack on the way down. We’ve been around Breckenridge several times during the summer and couldn’t believe we’ve been missing out on this pass. 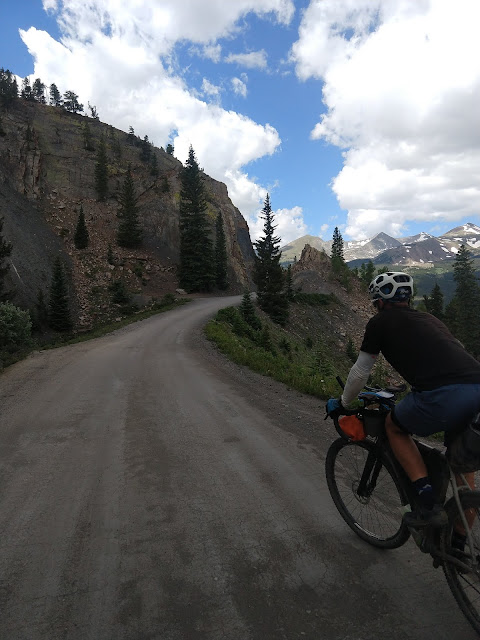 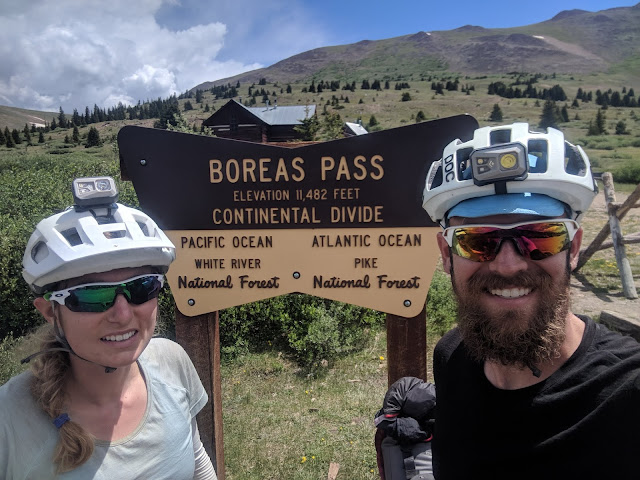 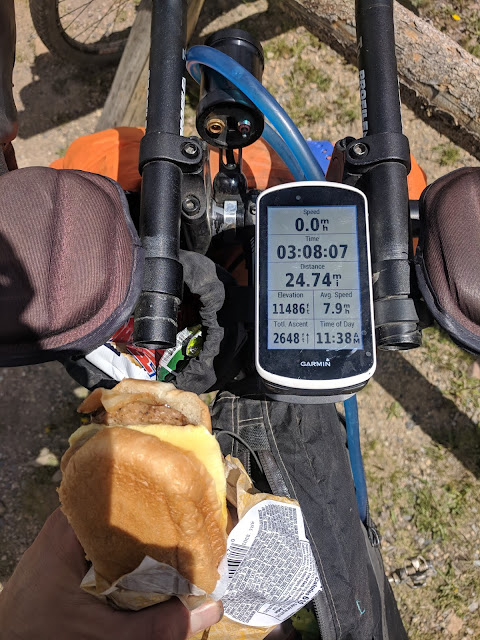 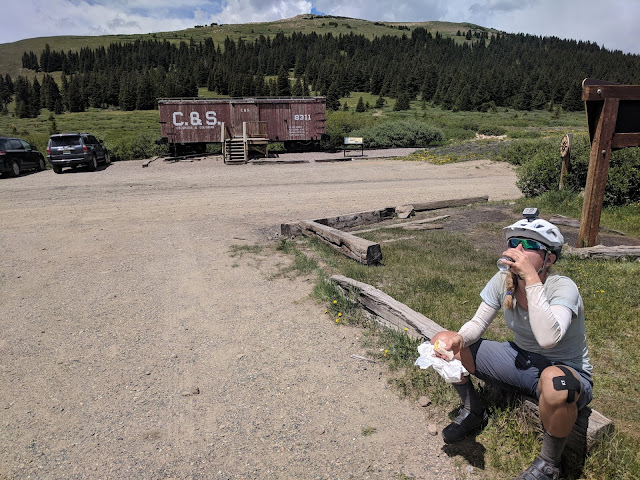 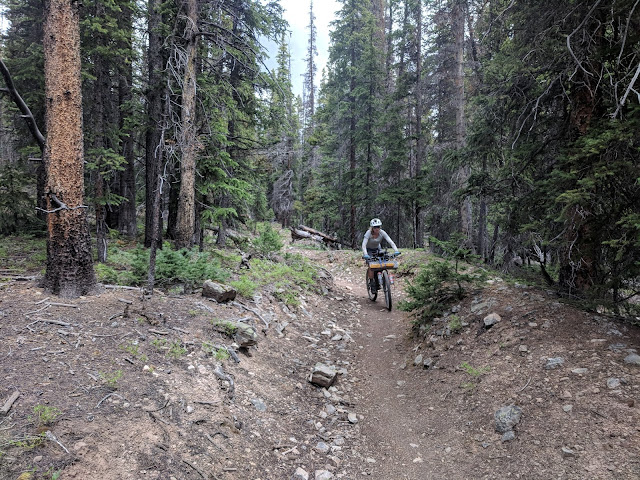 Somehow we had another tailwind today and we flew headed south and west. When we had to turn east, we had a cross/headwind and it was a real bummer. I can’t complain too much though because that was just a few of the 110 miles we did today. When we arrived in Hartsel for lunch, we ran into some north bound riders. They were pretty battered from the wind. We checked the weather and the wind was at 33 miles per hour. 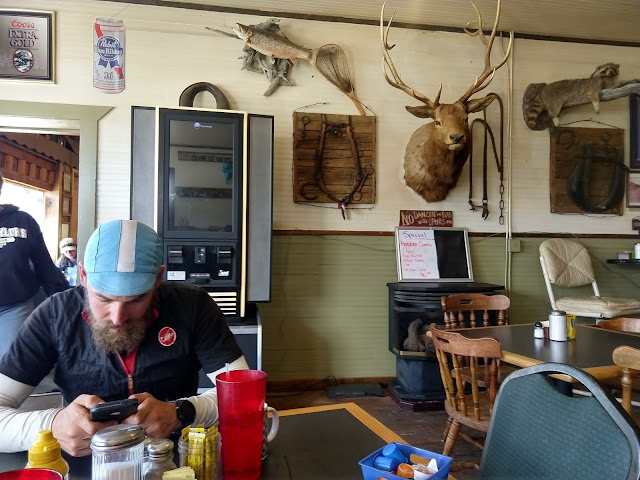 After lunch, we went back out to take advantage of the tailwind. The ride between Hartsel and Salida was washboarded and sandy, but we had that awesome tailwind to push us along. 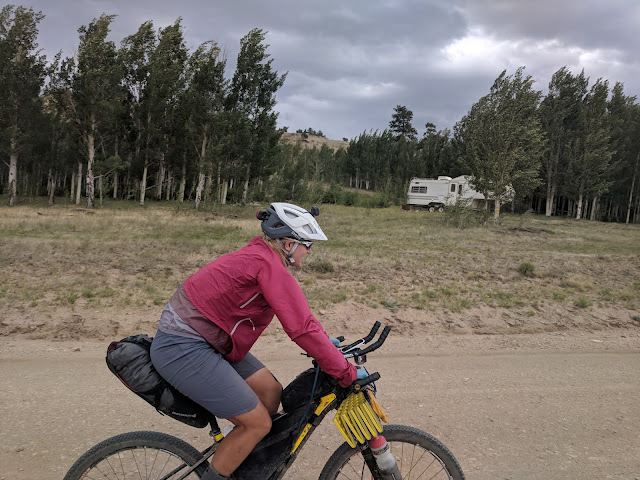 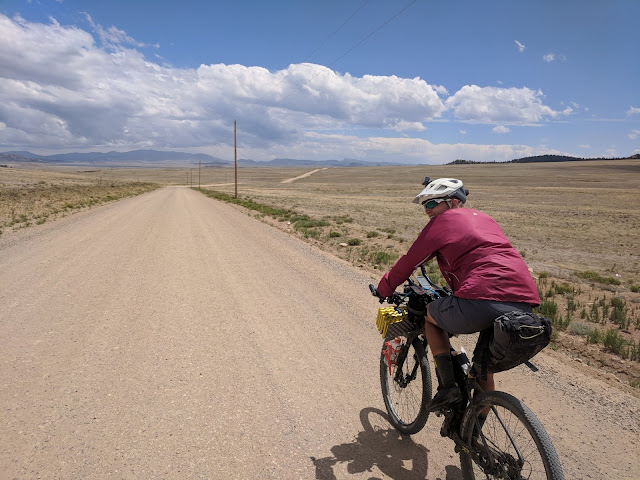 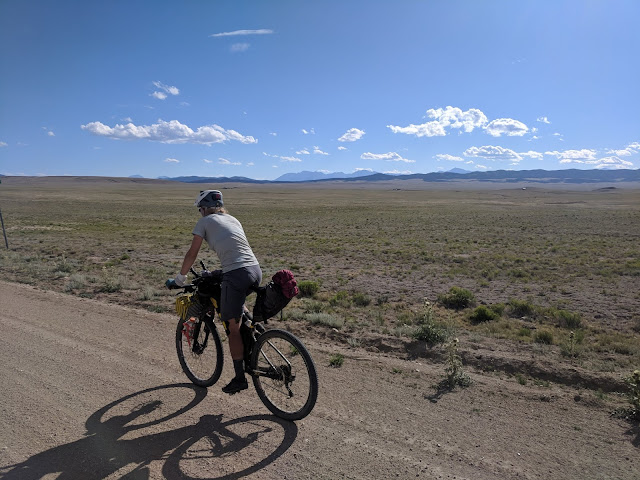 The final climb before the descent into Salida had no traffic and an open range at the top. The descent was picturesque. We seem to pull off good timing to catch the sun going down while we descend. 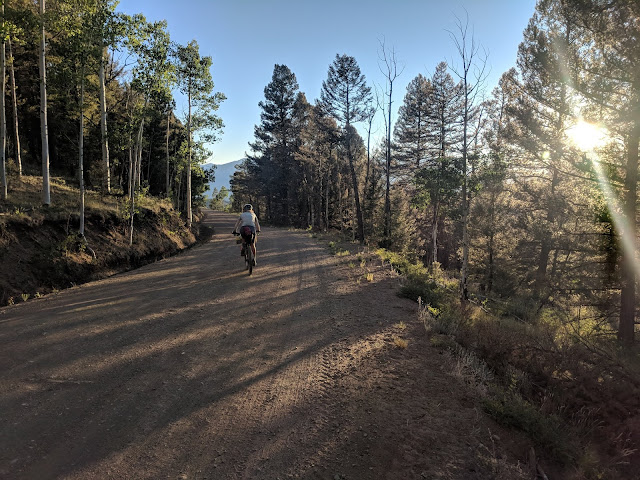 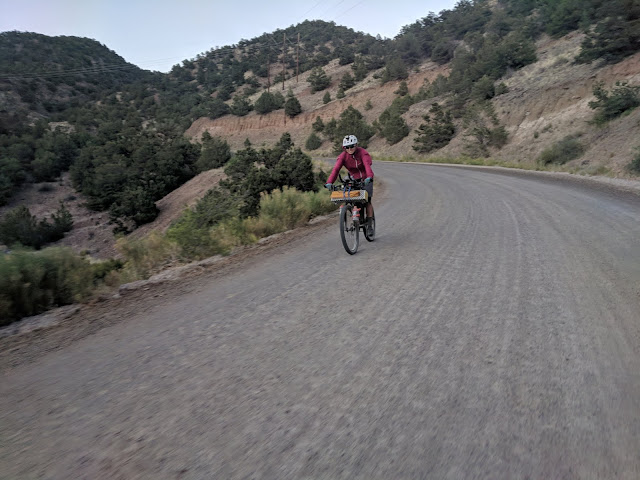 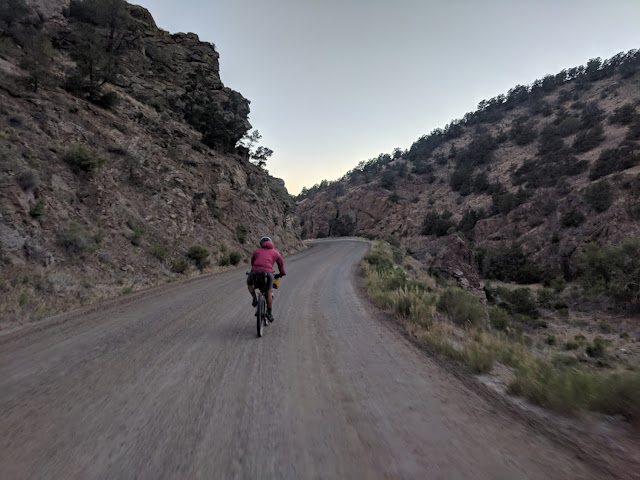 We rode into Salida and when we pulled out our phones to find something to eat we ran into Australian Ben. He suggested the Moonlight Pizza and Brewpub before he headed out for another 15 miles of climbing. Ben’s suggestion hit the spot.
We decided to stay in Salida at the Simple Hostel- I think we were the oldest people there. Some guys asked us about our bike setup and said, “we’ve never seen bikes like that before.” One of them just graduated high school and was on a solo road trip. One of the benefits of staying in the hostel was using an actual washing machine rather than a sink to do laundry. Plus bunk beds are nostalgic. We’ve really enjoyed our time in Colorado and are excited to see more of the state tomorrow.