Last night was the first night camping that I had to take layers off rather than put more on in the middle of the night. We rolled out with John and Cameron at 6:30. I was more confident in the way my knee would feel riding this morning, but quickly realized I still needed the ibuprofen and KT tape. Andrew and I stopped to take care of my knee and John and Cameron continued into the Basin. We started out on a gravel road with wild horses and more antelope than I could count. 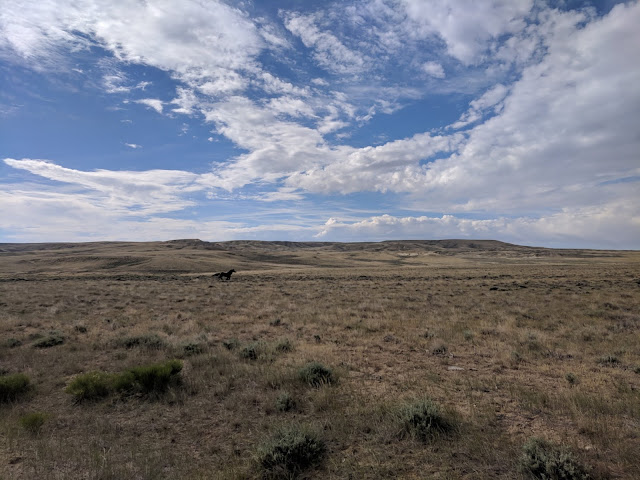 We turned onto an ATV trail that took us over the hills and along ridges before we turned back onto a gravel road. 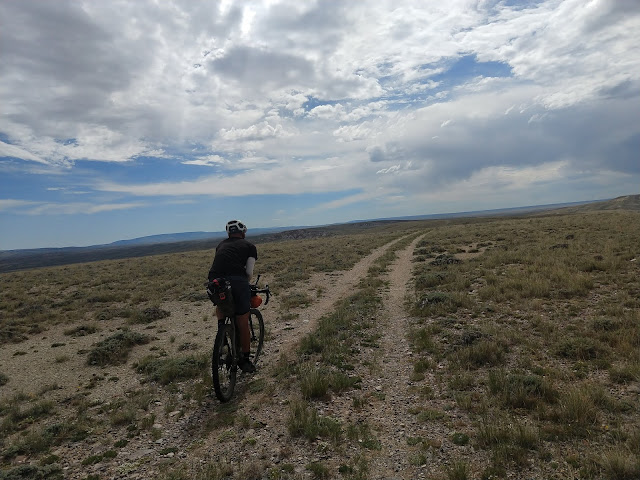 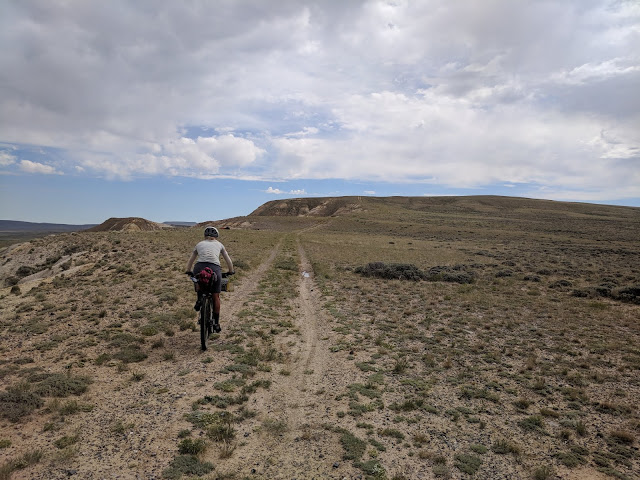 The vast open space of the Basin was profound. The sun was shining but we had some cloud cover so it wasn’t too hot. Around 2pm the wind picked up and we had to really work to go a reasonable speed. 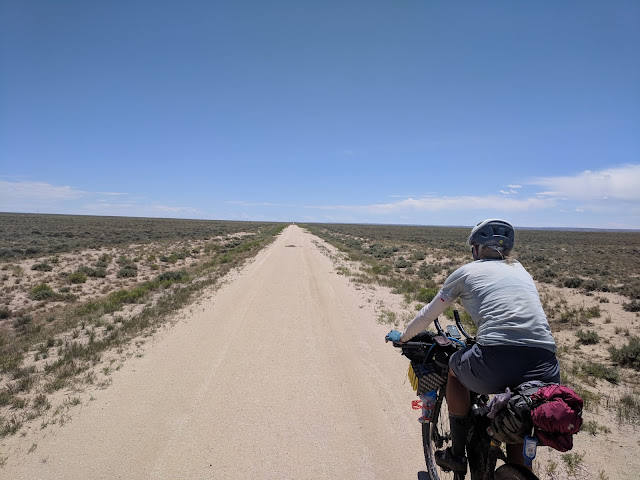 As we got closer to Wamsutter, there were oil fields and more truck traffic. Between the wind and the trucks, we were covered in dust by the time we got to the truck stop in Wamsutter. There were 6 other cyclists eating Subway. We camped out in the truck stop to let the traffic and wind die down. When we left the truck stop at 7, the wind shifted to a tailwind. That time of night is a beautiful time to ride. The wind has died down, it’s peaceful, and you can see the sunset. We rode with John and Cameron talking about life at home. I also learned that I have more of an accent than Andrew. We crossed paths with some north bound Tour Dividers who gave us an idea of where to camp, so we kept riding until we found a good spot. We crossed the halfway mark today and we should be in Colorado tomorrow. 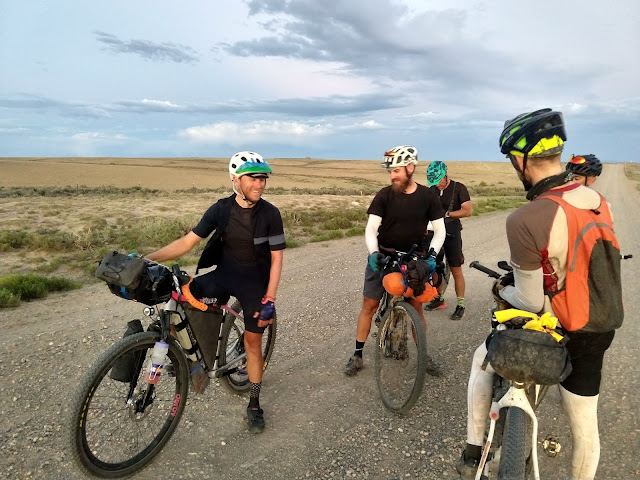