The cyclists we shared a tent site with got up early. Their stirring woke us up but I wasn’t quite ready to leave my sleeping bag yet. Once I finally got out of the tent I ate my breakfast burrito I bought from a gas station the night before. You’d be surprised how good they taste cold. We started with some pavement leaving the Grand Teton National Park and began our first climb. It was fairly gradual and our legs felt good. Once we got to the top to start the descent, it started hailing. We pulled over to the side of the road because hail on your face when you’re going 30mph doesn’t feel great. 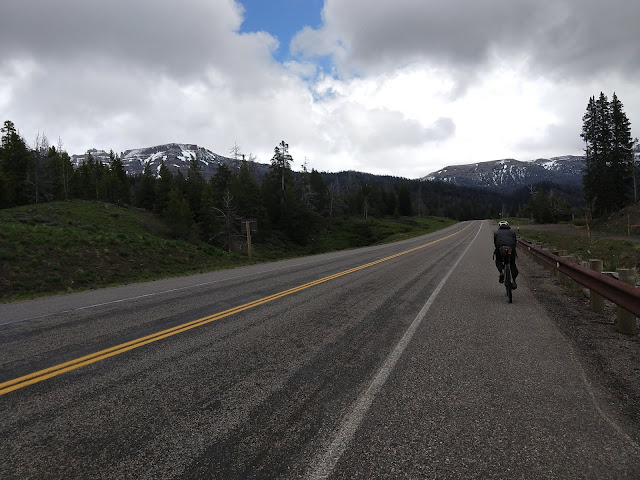 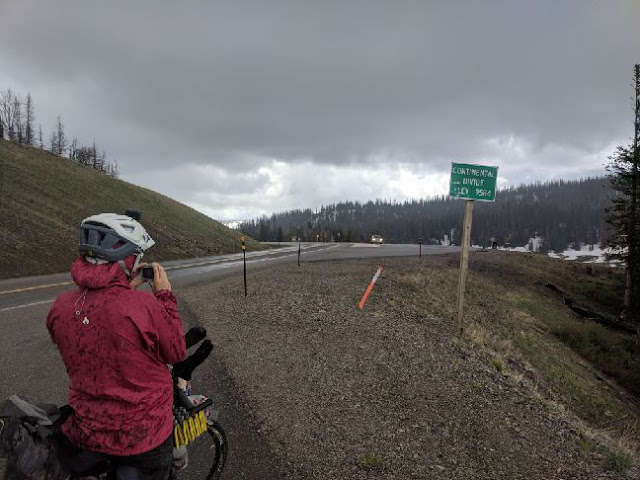 We started climbing again to go over Union Pass. It started as a dirt climb and got more technical as we continued up. The double track was ridable at first, then we turned a corner to a steep hill with large rocks that required pushing. When we got to the top, we thought we’d be able to hop back on the bikes, but around the next corner was another hill just as steep, covered in mud. I looked like Fred Flintstone, taking steps and going nowhere. Andrew thought that was pretty funny. We continued through the mud, puddles, and over downed trees until we reached a field with a panoramic view of mountains all around us. The view was incredible but we still had some climbing to go. Today was the first day we were over 9,000 feet and we started to feel the elevation. Legs were burning more with less effort. The descent was muddy and rocky at the top and washboarded at the bottom. 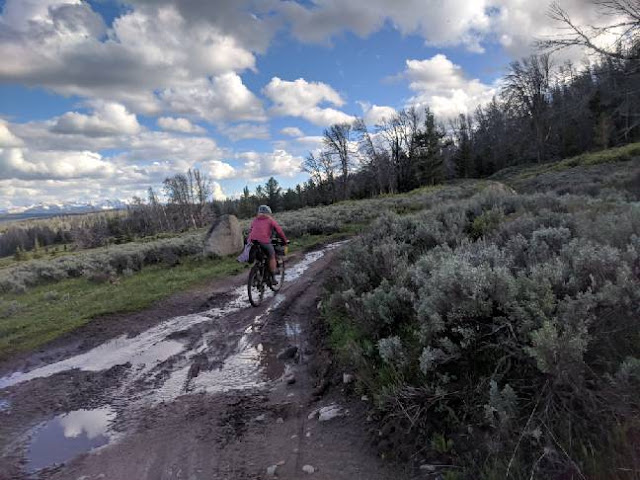 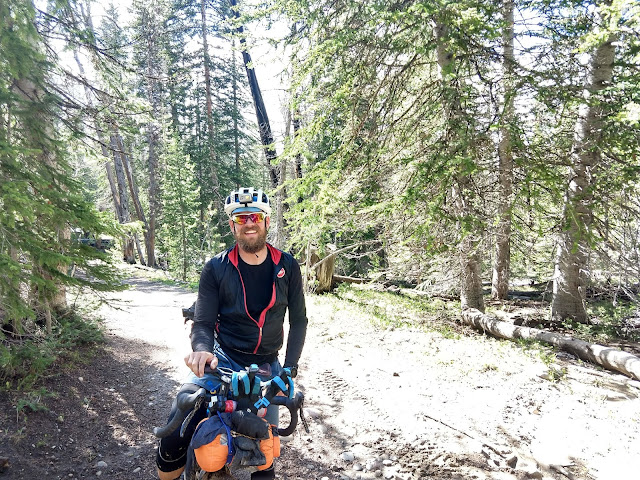 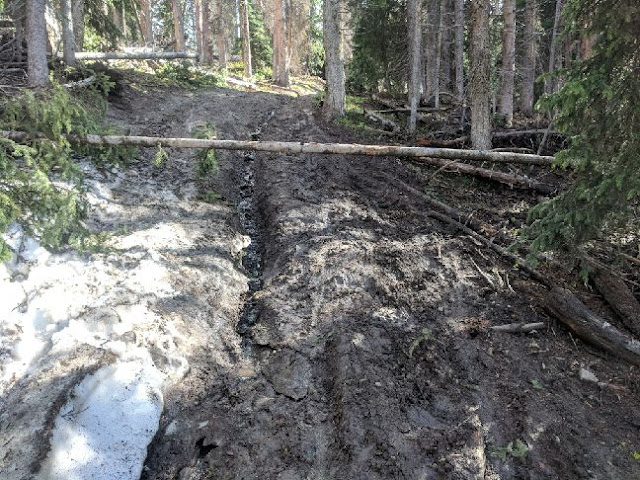 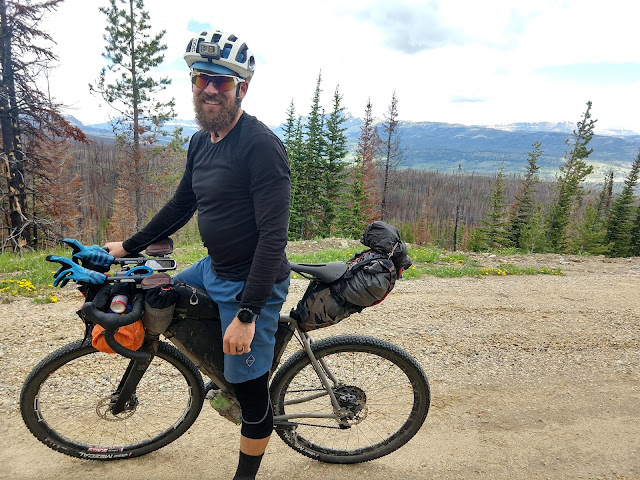 We continued on the washboarded road through an open cattle range and had to get the cattle off the road before we could pass. That was easier said than done because they weren’t very afraid of us. We hoped to get to some lodging at 113 miles for the day, but at 9:15 we had 100 miles, our bodies were rattled, and it was raining. We saw a campground and decided to call it a night. We got our tent set up before it got too wet. I think we’ll sleep well tonight. 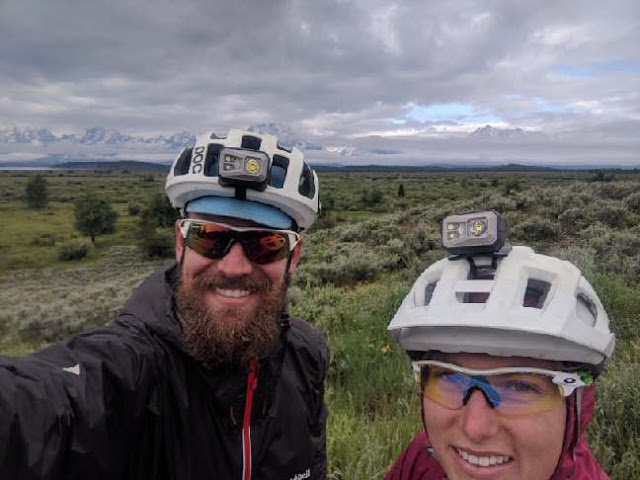