Our clothes were mostly dry in the morning, but the weather was not. We had coffee and oatmeal with our new friends and dilly dallied getting ready to head back out into the rain. When we got rolling at 8am it was sprinkling on and off. We rode to a rail trail with volcanic sand. The moisture made it a bit more compact but it was still squishy and washboarded. At one point the other wheeltrack looked appealing so I attempted to cross over. Some combination of the deep sand, a large rock, and overcorrecting made my front wheel go sideways and I flew straight into a puddle. It’s too bad Andrew wasn’t behind me to see the comedic landing. I felt pretty dumb after that. We’ve been riding trails that are fairly technical and I managed to wipe out on the rail trail. Embarrassed, I picked myself up and started riding again. 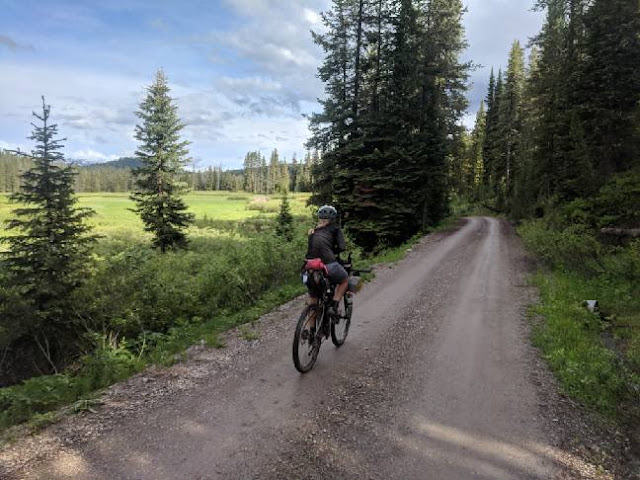 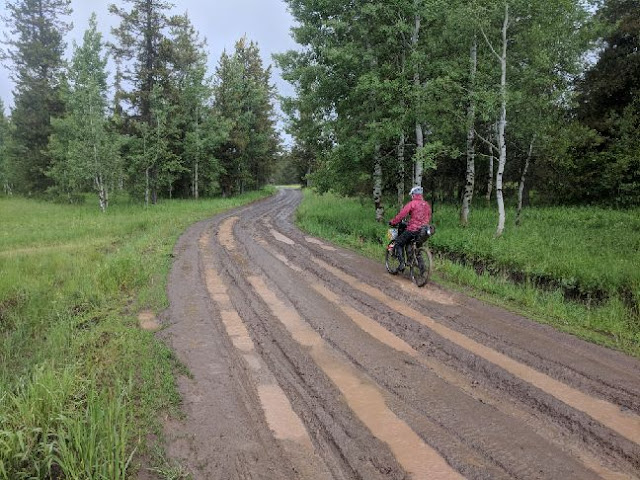 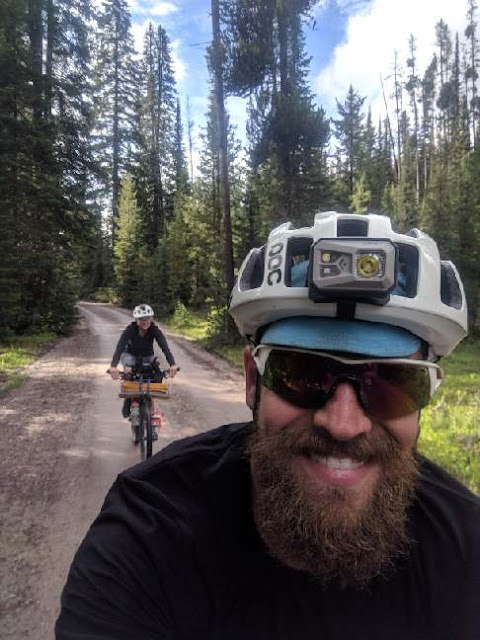 The rain was light and inconsistent until about 10 when the three hour long downpour began. It didn’t let up at all. We discussed whether we should stop for lunch and risk not wanting to go back out in the rain, or keep pedaling and risk being hangry before we got to the next opportunity for food. Soaked and hungry, we decided to go to the Squirrel Creek Lodge for lunch. 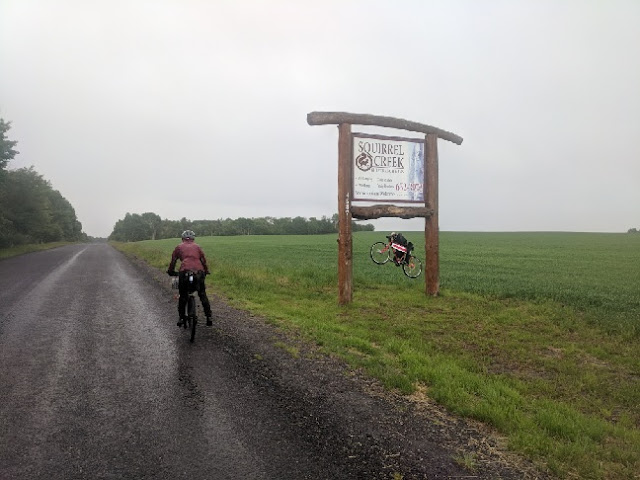 As we sat and ate, 4 other cyclists filtered in. All were wet, tired, and done for the day. They encouraged us to stay, but we weren’t ready to call it a day after only 48 miles. We put our rain gear back on and headed out. Within an hour, skies were blue and we shed our rain jackets. We crossed into Wyoming where the roads had more gravel rather than just dirt. 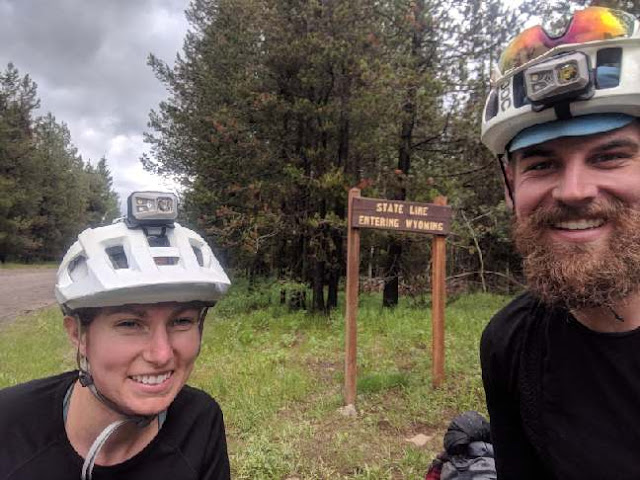 We were still dodging puddles, but there was no mud. We ended our day at the Great Teton National Park. It’d beautiful here. We’re camping with two other cyclists who went to bed early, but we have some bike maintenance to do before we go to bed. We’ll probably have more rain tomorrow, but maybe the sun will peek out again. 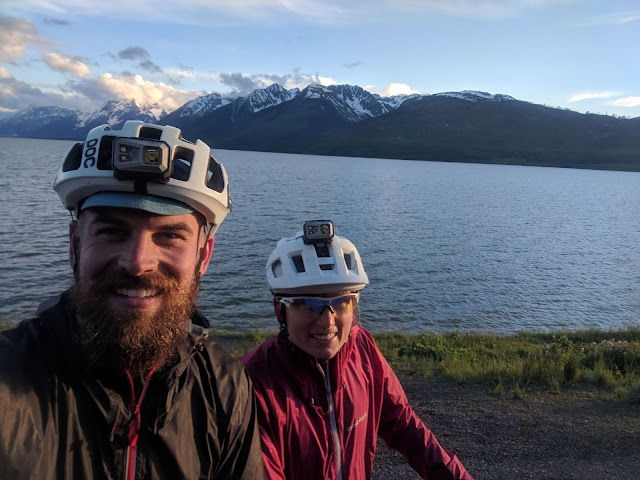 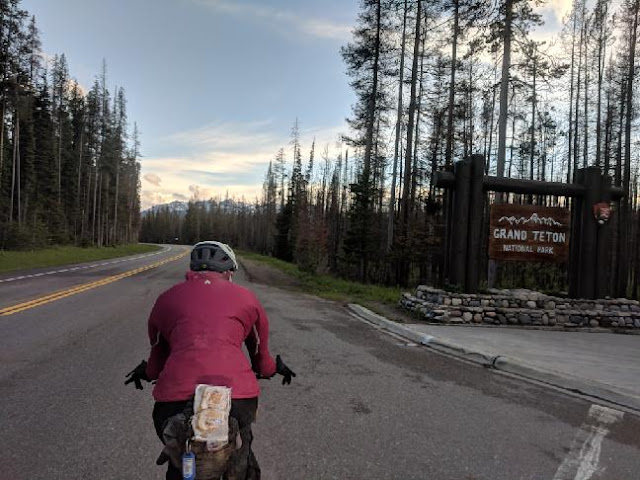