Today’s the day! Day 1 of the Great Divide Mountain Bike Route. We ended up with a later start than we expected since we had a last minute mechanical issue. We contact Dave, a local mechanic, to see if he could help us out. Dave had what we needed and we got to chat about the route in his garage. Since we’re touring and not tied to following the route exactly, we asked about the Koko claims pass. We expected it would be at least 3 hours of hike-a-bike for us. Dave’s advice was to avoid it at all costs. Will do. He reminded us that, “you’re just riding bikes” and gave us suggestions for where to stop along the way. After saying goodbye to Andrew’s parents and thanking them for all their help, we started riding at about 9:30am. We rode the first ten miles alone, stopping along the way to take pictures of the mountains and clear rivers. At 10 miles we caught the first Tour Divide racer, a man from San Antonio with a goal to finish the race. Around 12 miles we caught two more riders who informed us that we were about to make a wrong turn. We compared our maps on our Garmins and let him convince us that we had the wrong route. “Thank goodness he was there to help us out.” Not long after that, we made it to a trailhead where a park employee asked, “are you part of the Tour Divide race? You’re going to want to turn around, go about 900 meters, and take a left.” We were right about the route all along. I guess we need to be more confident in our own navigation. 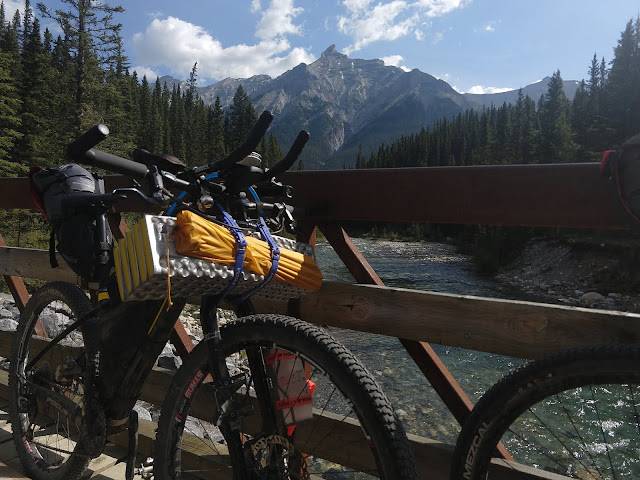 Once we got back on route, we followed a beautiful new trail that had a suspension bridge. Another trail took us on singletrack right by a blue lake. We rode on a gravel highway for a while with plenty of climbing and a headwind. We were happy to get out of the wind when we hopped onto some more single track. We climbed for a while and got to what was a mix between a stream and a waterfall before the ride back down. The trail was the most flowy singletrack we’ve ridden and was the highlight of today’s route. The end of the day featured a gravel road with ups and downs and lots of curves. When Andrew told me that we’d been on the same road for 38 miles I didn’t believe him. 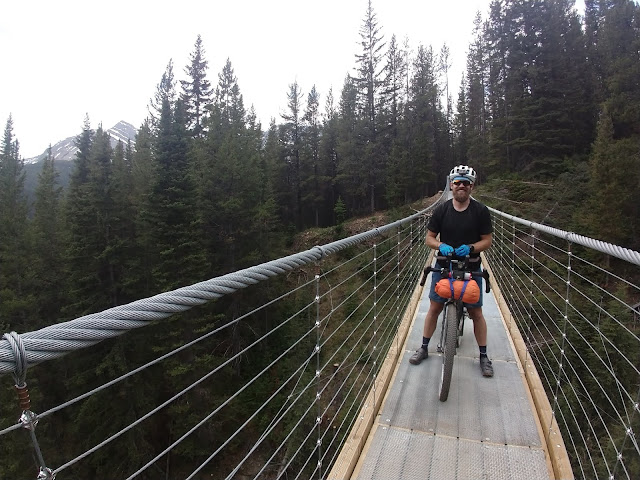 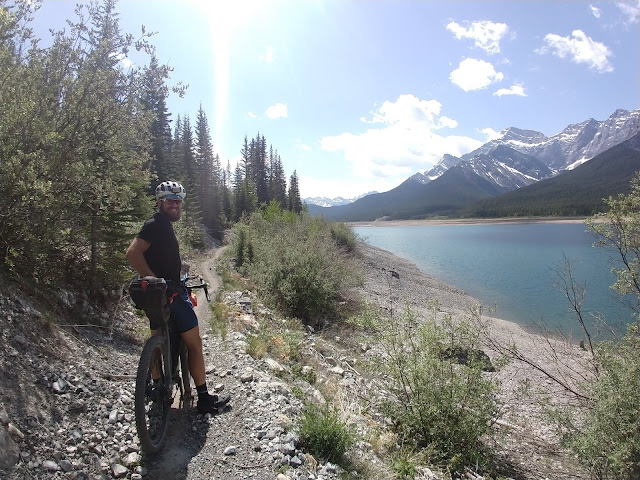 We ended up in Elkford, BC after 103 miles. We ate dinner at a Chinese restaurant that also serves pizza and Western food. We washed off the dirt from our bodies and set up camp at the campground in town. We’re hoping for an earlier start and continued good weather tomorrow.
previousGetting to Banff
nextGreat Divide Day 2